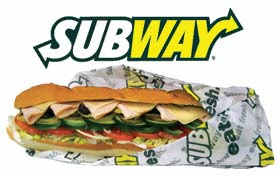 Well Subway has gone worst. I was one of the regular eater at Subway, but now I have to shift my places. Not only theyhave phatic service and taste but also its getting expensive day by day. They have added more indian style subs (which in lot of means - not good) cause now they are neither indian subs or western. Also who will pay Rs.90 for a six inch veggie patty sub as compared to BigMac is going for Rs.35. Also they put very less veggies..and we have to tell them each and everything thing. I have worked in Subway while I was in college and I know how the subway guys have crafted their subs. They call the makers as sandwich artist. But here the staff is all youth, western wannabes.. lazy and mostly don’t use the commonsense. The permises is also not clean, they don’t know what the red wrapper means and what the green. I have tried 4 different stores in last 3 months..and the response was same. I think subway needs to evalute this store since they are in expansion phase. They have opened up 4 new stores in Ahmedabad itself and I feel bad…for subway..since I like subway and they are not doing good. Thumbs down…for Subway from Ahmedabad.
Posted by Vivek No comments: