Movie made for $70 wows Cannes 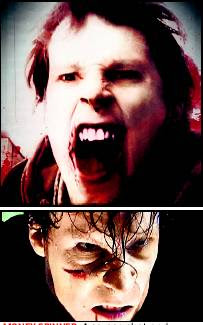 Cannes: Amidst all the glitz at the Cannes Film Festival, a British Film Colin made on a shoestring budget of £45 ($70), is set to become a surprise hit amongst the heavyweights in the French Festival.Director Marc Price, shot the zombie movie on a camcorder in Swansea and London over 18 months. He persuaded all the actors and make-up artists to donate their service for free.

It was by advertising for volunteer zombies on social networking sites, borrowing make-up from Hollywood movies and teaching himself how to produce special effects that helped Price make the film for less than the price of a zombie DVD box set.Price shot and edited the feature—which ingeniously spins the zombie genre on it’s head by telling the story entirely from the zombie’s perspective—over a period of 18 months while working nights and part-time as a booker for a taxi company.In keeping with Price’s beg and borrow approach, most of the zombie make-up in the makeup artists’ cases was inherited from other movies. “One of our make-up people came off X-Men 3, so we were having the same latex that was put on Wolverine,” he said. The 97-minute film had its first Cannes screening on Saturday and has already caught the eye of film distributors. Two Japanese film companies have made a bid to distribute the movie and the Price is hoping that more offers will start coming in.